The Fine & Funky Craft Bazaar will be celebrating its 10th anniversary this year at the Opera Galleria in Fort Collins, THIS WEEKEND!  And, yours truly will be there with a booth, joining an awesome group of artists for the first time.  I am pretty thrilled.  I've got lots of great things, including new framed collages and plenty of bike bands.  Come on down!


North of Mountain Ave on College, west side of the street.


The trunk show at Wadoo was a lot of fun (and mildly profitable).  Here are some photos of my set up, right next to the chocolate and champagne table across the hall.  I did manage to only have one glass, but those handmade chocolates made by the chocolatier down the street fresh that afternoon were really hard to resist.  I think all of us feasted on them for dinner! 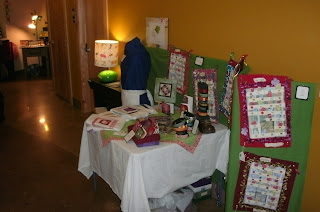 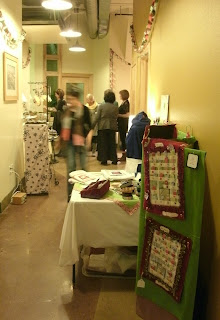 Here is a photo of the "booth" I hope to have at tomorrow's trunk show!  (Pardon the bookshelf and yellow framed art on the wall--they will not be part of the display!) 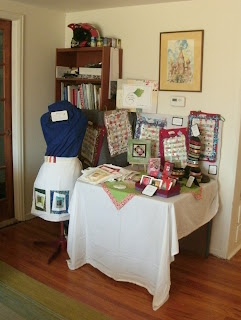 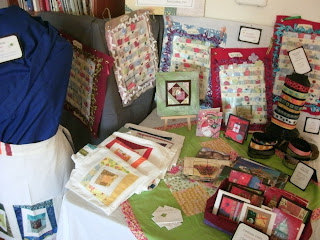 Come on out tomorrow night!  It is a private event but you're invited!  You'll need to either get a copy of the invitation (contact me for this) or RSVP by calling Amy at Wadoo at (970) 223-4012.

Last week was 11.11.11, and if you've been reading my blog for awhile, you may know already about The Beckoning of Lovely.  My friend Katie and I flew to Chicago to attend Friday's last BOL event with Katie's Chicago-native friend Lindsay.  The event was led by Amy Krouse Rosenthal, who describes herself as "a person who likes to make things" and  truly has some inspiring ideas that validate the ordinary, simplicity, humanity, kindness and friendship.  The final BOL movie has been pulled from YouTube today, since it appears that she needs to tweak it, but perhaps that is for the best.  I'd love for you to see the video of the event last Friday that we attended, and I suspect that that, along with the adjusted movie, will be available in another month or so for you to see.  I will make sure you know about it!

Finally, I heard about something on the radio today that I want to share with you.  StoryCorps is a great organization advocating for people to share stories with one another, and in some cases, larger groups.  StoryCorps records people's stories as oral history.  They sponsor a project called The National Day of Listening.  This year, it is next Friday, November 25, the day after Thanksgiving.  I think this is a great opportunity to be mindful of time spent with family and friends, and to really listen for people's stories.  If you'd like something fun to do next weekend, I suggest recording a few stories of your own!  The StoryCorps website has some great guidelines and a way to develop a good list of questions.

As I said before, Christmas is upon us!  Well, upon me anyway.  I've been invited to participate in a Trunk Show on November 17th!  What is a trunk show? you ask.  I had to look it up for the proper definition.  Here's Wikipedia's version: a trunk show is a special sale in which vendors present merchandise directly to store personnel or select customers at a retail location or another unique venue. In many cases it allows store personnel to preview and/or purchase merchandise before it is made available to the public. It is particularly desirable to have the actual designer present at the event. Most small businesses do this to get more buys.

And so, time to prepare!! My friend Katie helped me organize my bike band supplies.  Here are all the components: 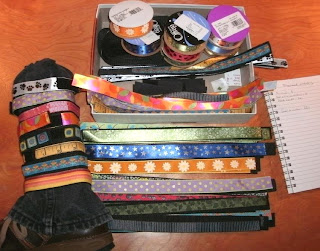 And voila!  Here are 29 newly made bike bands, made over the last couple days.  This photo is missing the ever-popular Giraffes, as I ran out of turquoise thread.  They, however, will be sold at the show!  Tonight I plan to trim all the threads while watching a movie.  Nice. 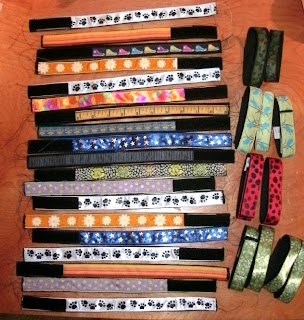 Also, advent calendars will be on sale, along with aprons and Christmas cards.  If you are interested in attending, let me know and I'll forward you the invitation!  It'll be from 4-8pm at Wadoo on College Avenue, across the street from Oak Street Plaza.

And here are the final three recipe cards I made for my friend Barbara's birthday advent (see last week's post): 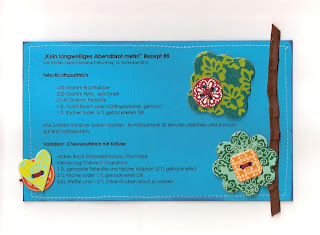 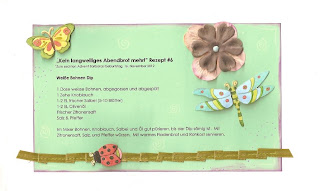 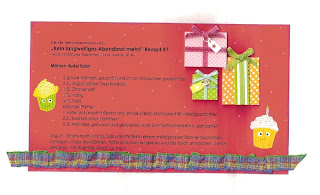 My friend Barbara is the first one I tried out the idea of a non-Christmas advent with, 9 years ago almost exactly.  Her birthday was a few months after we met, and we had a major interest in common: quilting.  This was exciting considering that in Germany, quilting as I know it is only done amongst a handful of people.  (Cotton quilting fabric that you can buy for $3 a yard here in the US is a minimum of $12-19 over there.)  I was also new in town and only had to work about 20 hours a week, so I had time on my hands to get creative.  And so I designed an advent calendar for the week leading up to her birthday.  It was the first time I remember designing something considerably complex, and it worked!!  It was really something.  I credit those two years in Germany as a time when I really took a step forward in becoming an artist, from art-for-fun to art-for-real.

I actually managed to just put my hands on some photos!  I took these with my very old SLR camera in November 2002 (click on the photos for a close-up.): 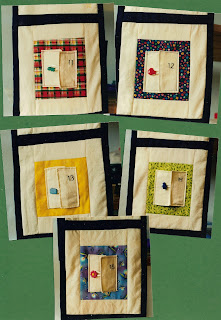 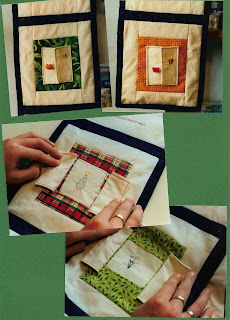 Once you opened the door, there was actually a little pocket that a tiny gift could fit in in there.  And so that year, Barbara received not only this calendar, but a individually wrapped chocolate each day at school delivered by a person we knew in common (teacher or 8th grader or her husband), and a little trinket in each pocket.  It was a lot of fun.

The next year, I made an advent calendar for my Christmas card called "An Advent Calendar for the Rest of the Year."  One of the most complex cards I've made in bulk (not counting the pop-up card this year), only about 20 people got one of those, and to this day it is one of the highlights in my memory.  (Does anyone still have theirs?  If you do, can you scan it and send it my way?)

Nearly every year since 2002, I've given Barbara 7 things each year, and lucky for me, she has actually done the same!  I've given her jelly beans with inspiring quotes, sewing supplies, random trinkets, and cooking gadgets.  Last year I got 7 things for the bathroom (nail brush, nice soap, tub mat, lotion, hand towel), and one year she gave me one recipe a day to create a 7-course menu by the end.  (We also have a love of cooking in common!)

This year, I'm also sending her a recipe a day, but one with embellishments--a mini art piece in itself.  On weeknights, Germans generally eat a cold dinner of bread with stuff on it (meats, cheeses, veggies, spreads).  Well, I thought I'd send her recipes of various ways to spice up those weeknight meals.  She now has a recipe for a new spread or dip or salad to add to what they already eat for each weeknight leading up to her birthday.  Here are the first four cards: 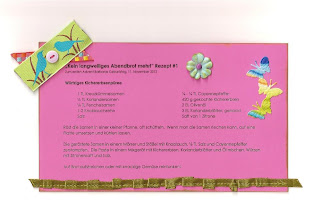 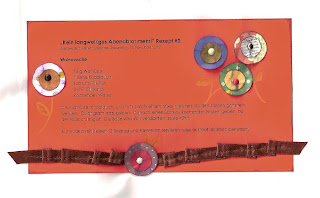 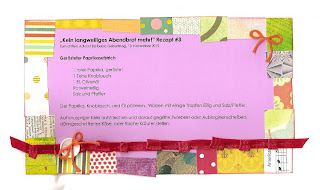 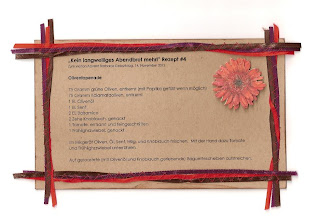 I'll post the final three next week!  As a bonus for today's post, since you had to go so long without a post from me in October, I thought I'd include one of these recipes for you to spice up your own weeknight meal.  This is one of my very favorites:

Walnut Sauce (the one from the orange card--I know it is from a wonderful cookbook that I don't own, perhaps my friend Kyran can help me out with the citation?)

In a food processor, mix the walnuts, garlic and ¼ tsp salt until finely ground.  Slowly add oil while still mixing. Pour in a small amount of the boiling water to reach desired consistency.  Sauce thickens as it cools.  Season with pepper.  Yields about 1 cup.

Leftovers are also great spread on toast!
Posted by HLM at 7:17 PM No comments: