August happens to be a month in which many people I know have birthdays.  I'm impressed that so far I've remembered all of them (that I know of, I hope!) with at least a card.  One top of that, I'm trying out some new sewing & painting projects to formulate some gifts.  Plus, I've got a wedding to go to today!

Two of my former students from CSU are getting married today, and they were sweet enough to include me on their invitation list!  (I think this means I've really made it as an advisor,don't you?)  I considered my role in their lives and thought it would be appropriate to continue "advising" them.  This time, though, on what I've learned about marriage.  Artistically inspired by the page I made for my friend's Mom Book a few months ago, I made this neat thing: 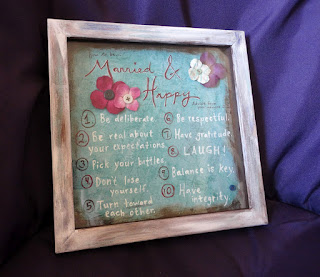 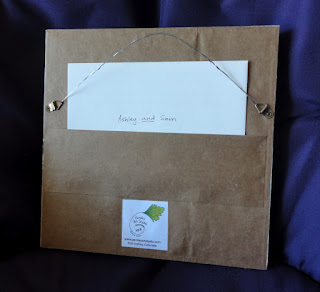 In the pocket is a letter to the two of them with brief elaborations on my tips and some examples from my own experience.  They'll get some neat stuff from their registry, too, but at least this suffices for a card.

Also, Martha Stewart recently sent me an email (you know how tight we are, Martha and I) that included instructions for this very cute bag.  It is considered a simple sewing project, but it was actually a good challenge for me.  I watched the video that Martha did on TV and liked that this bag "locks" by just slipping one handle through the other.  As you can see, one handle is actually longer than the other just for this purpose. 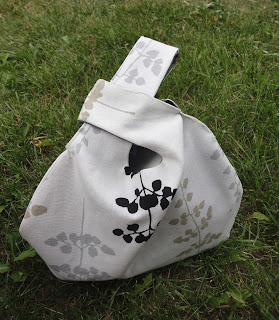 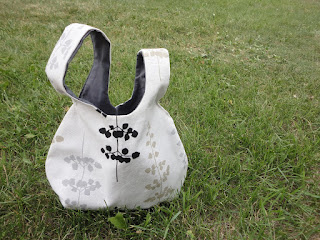 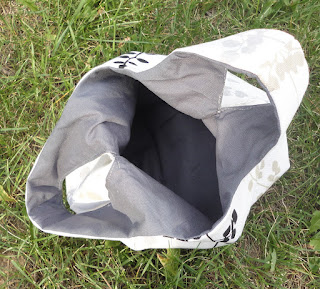 Here is the link if you'd like to try making your own: Martha's Reversible Purse.